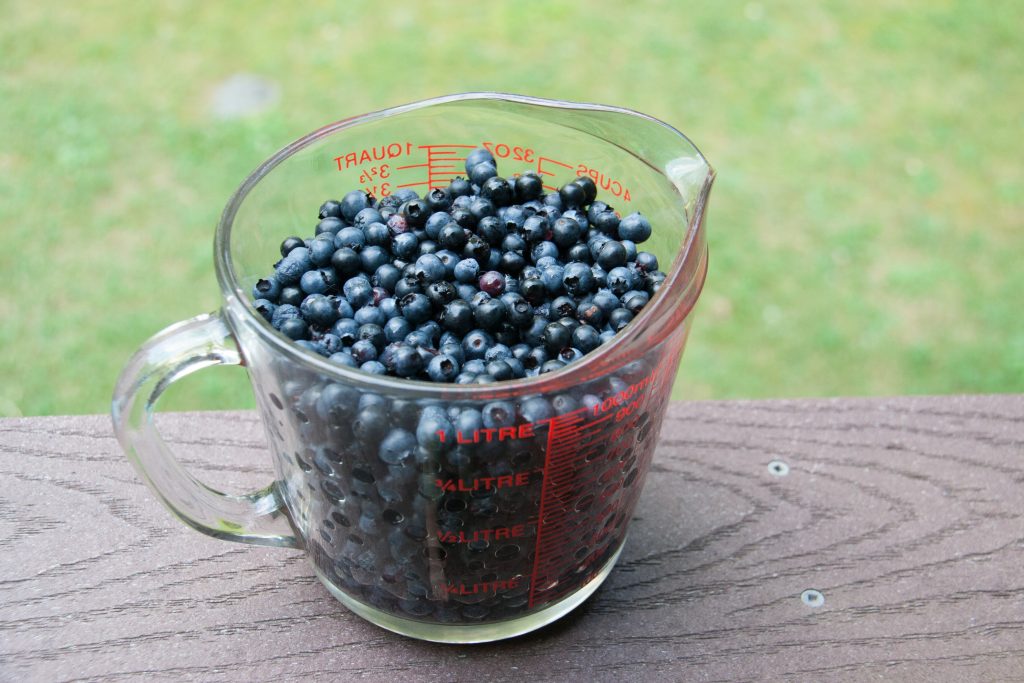 When I teach a foraging class, I like to talk with my students first, to get a feel for how much they know and what they hope to learn. I ask if they’ve ever foraged before, and most people say no. But when I push a little harder, and ask if maybe they picked blueberries at summer camp, they almost invariably say, “Well sure. But that’s not foraging. Is it?”

To which I say yes. Yes it is foraging. And if you like picking sun ripened blueberries, there’s no telling how many other wild edibles you’ll enjoy foraging for. So let’s talk about blueberries. Who knows where it could lead.

Blueberries are a gateway food to foraging for many reasons:

Depending on where you live and what kind of blueberries grow near you, the season may last for up to four weeks. I feel especially lucky to forage in an area rife with high bush blueberries. Sure, we have low bush, too, but why bend over if you don’t have to?

Low bush blueberries are generally more cold hardy than high bush, and if that’s all you’ve got, by all means go for it. When I went to summer camp in the White Mountains, I was thrilled to pick low bush blueberries. I was also ten years old, and slightly less creaky than I am today.

Ripe wild blueberries should detach easily from their short stems, with a gentle roll of your fingers. If you have to pull the fruit off with any force, it’s probably not yet perfectly ripe. Fruit on an single bush may ripen over a period of several weeks, so plan on visiting your blueberries every four or five days.

I prefer picking blueberries with a friend, not just because foraging with a friend is always more fun, but also because there’s a healthy bear population where I forage. If I’m harvesting on my own, I sing while I pick, so I don’t surprise a mama and her cubs. I also prefer picking by hand, rather than using a blueberry rake. Blueberry rakes don’t discriminate between ripe and unripe fruit, and while you may be able to pick more fruit in less time, you’ll need more time to clean your harvest (removing the unripe fruit). You’ll also waste all that green fruit, which won’t have a chance to ripen and be delicious.

Most people preserve blueberries by freezing them, or canning them in syrup or juice. I do not. (Here’s where I’m going to get all mavericky on you.) Way back when I started preserving food, I had an old edition of the Ball Blue Book (basically the food preserver’s bible) that said you could safely can blueberries without added sugar by blanching the fruit first. This method preserves the pure, blueberry flavor better than any other method I know.

Pour a cup of fruit into the center of a square of cheesecloth, then hold the corners together to make a pouch, and dip the blueberries up and down in a saucepan of boiling water for about 30 seconds, until a little color starts to show through the cloth. Pour the heated fruit into jars then process half pints in a boiling water bath for ten minutes. Pints should be processed for fifteen minutes.

This is NOT what how the modern day Ball Blue Book suggests you can blueberries, nor is it considered safe by the USDA. So, while I can’t recommend you use this method (the state of New Mexico might take back my Master Food Preserver apron) I can tell you I have no intention of changing my method. It’s a risk I choose to take.