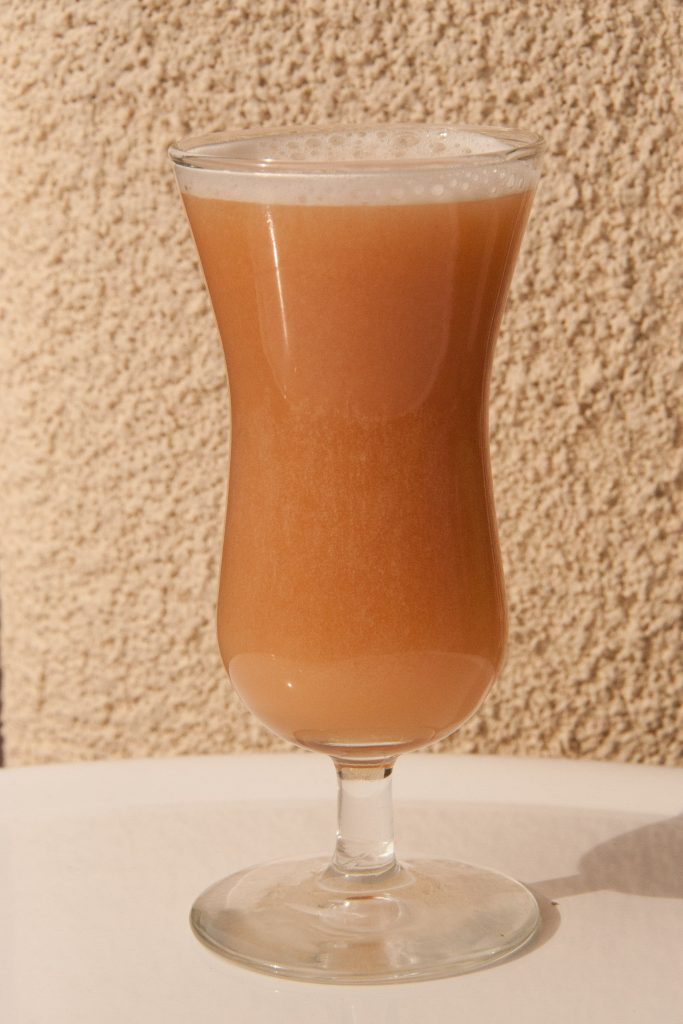 Spring is just around the corner. Actually, it started yesterday, but I woke up to freezing temperatures this morning so it doesn’t feel very spring-like. Nonetheless, this time of year I start thinking about Japanese knotweed, one of my favorite wild edibles. Its pink color and tart flavor make it the perfect ingredient for a foraged twist on a whiskey sour. I named this cocktail The Samurai Sour because originally I used Japanese knotweed and Japanese whisky*. But Japanese whisky can be expensive, so feel free to use any whiskey (blend or single malt) you have on hand.

Japanese knotweed is despised as an invasive weed, but this plant has its virtues. The root is recognized as an easily renewable source of resveratrol, an antioxidant being tested for its anticarcinogenic properties. Not being a medical researcher, I focus on the tastier aspects of this plant. Its tart, bright, slightly vegetal flavor works well in a simple syrup, and that, in turn, is an excellent substitute for the traditional sour mix in a traditional whiskey sour.

If you have an aversion to raw egg whites, you can skip that part, but you’ll be missing out. The egg whites, when properly shaken, add a silkiness to the drink, creating an emulsion that is slightly thick and very smooth. Bitters are a finishing touch, not only adding another layer of flavor complexity, but also keeping the egg whites smelling fresh. A mixologist in Austin taught me that trick. (Thank you Emily!) Egg whites start to smell like wet dog after being exposed to the air for a few minutes…not very appetizing. A few drops of bitters takes care of that like magic.

To make knotweed simple syrup, chop your knotweed stems into pieces two to three inches long. Put the stems in a saucepan and barely cover with water. Bring to a boil, then reduce the heat and let simmer for five minutes, mashing occasionally to release the juices.

Pour the softened stems into a jelly bag set over a bowl and let it hang until all the juice has been extracted.

Measure the juice and return it to your saucepan. Add an equal amount of sugar, and whisk the juice and sugar together over medium heat to combine. You want the sugar to be fully dissolved. When you rub a little liquid between your fingers, it should feel smooth.

The syrup will keep for several months in the refrigerator. For long-term storage, process in a boiling water bath for 10 minutes.

What You’ll Need to Make One Samurai Sour Cocktail

What You’ll Do to Make One Samurai Sour Cocktail

* In case you’re wondering why I’ve spelled whisky two different ways, here’s the deal. In Scotland, Canada, and Japan, they spell whisky without an e. In the U.S., it’s spelled with an e. So the spelling changes, depending on where the spirit originates.