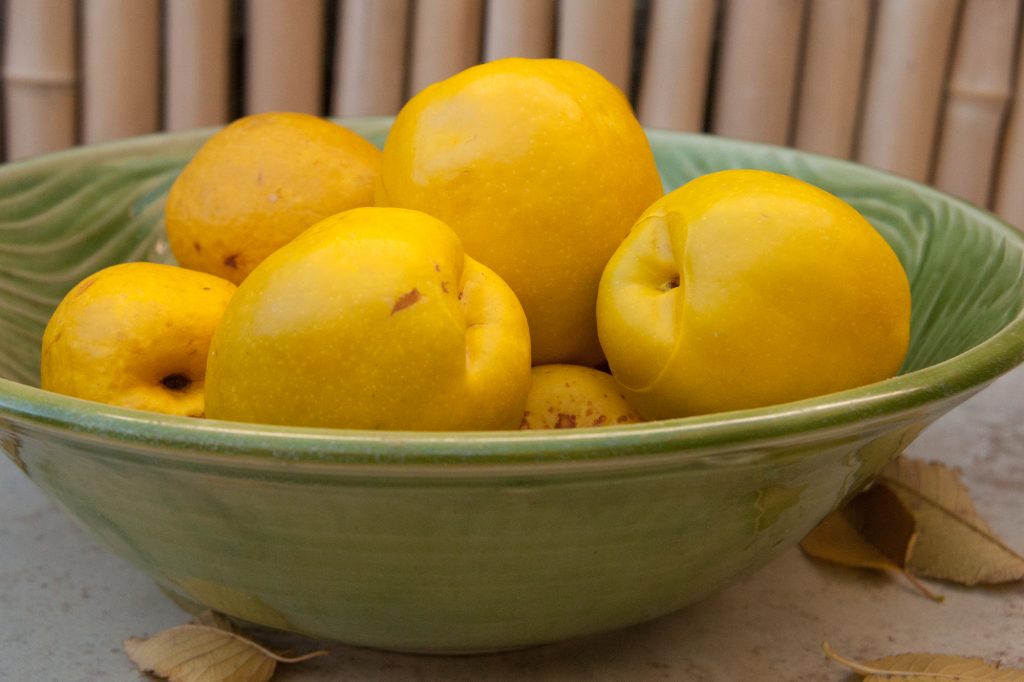 Most people grow flowering quince for its gorgeous, early spring blooms, and I can’t really blame them. The flowers are show-stoppers, and may be orange, magenta, pale pink, or red. Unfortunately (at least for us foragers), many modern hybrids are bred to be sterile, and don’t produce fruit. Apparently some people find the fruit to be a nuisance. Let’s not call those people wrong…they’re just misinformed. Clearly they have never tasted flowering quince fruit.

Double-flowered shrubs have been bred for bloom, not fruit. So look for single-flowered shrubs, and check the plant tag. If a plant is fertile, it may indicate this on the tag. That’s how I chose my ‘Toyo-Nishiki’ cultivar.

Many people assume the fruit is inedible, perhaps because they tried biting into one as a child. Raw, the fruit is better suited to being flung in a slingshot than served for dessert. Ah, but cooked is an entirely different story. The application of heat brings color to the fruit, softens its sour flavor (it’s still tart!), and transforms the texture from rock hard to satisfyingly succulent.

Leave the fruit on the shrub until it begins to fall of its own accord, which can be as late as October or November, depending on where you forage.