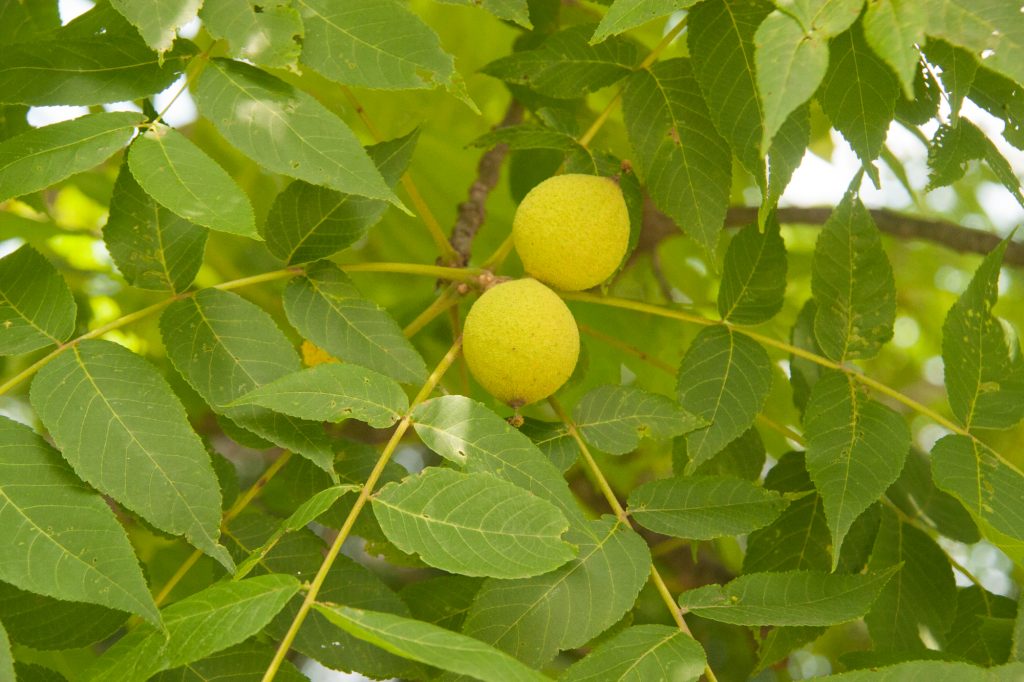 When I lived in PA I was surrounded by black walnut trees. I love the ripe nuts in brownies, pies, and pesto, and the unripe walnuts make one of my favorite foraged beverages: nocino. But after multiple attempts at making pickled black walnuts (a British pub staple), I’m calling it quits. Here’s why you might want to do the same.

A little background: pickled black walnuts are made from immature nuts before the shell develops inside the green hull. After several months in brine, they’re sliced thin, and served with cheese and meats. The flavor is dark, spicy, and sharp. Most people compare it to A1 sauce and I think that’s apt. But the first time I tried making them, the texture was terrible: chalky, grainy, and generally unappetizing. I took my jars, dumped the contents in the Vitamix, and made a steak sauce that kept all the great flavor but none of the unpleasant mouth feel.

I wondered if I’d done something wrong, but a few weeks later, at the Midwest Wild Harvest Festival potluck supper, I tasted pickled black walnuts made by two other foragers, and they had the same problem: excellent flavor, off-putting texture.

So I asked around on all the FB foraging pages and groups, I sent emails, I even asked my foraging friends in person (gasp!). Without exception, no one who worked with Juglans nigra (eastern black walnut) reported success. I checked with the two foragers whose pickles I’d tasted at the potluck, and sure enough, they, too, had used eastern black walnuts. Foragers on the West coast, who pickled Juglans californica (California black walnut) were happy with the texture of their pickles.

This summer was an excellent year for black walnuts in PA. I harvested more than enough for multiple bottles of nocino and decided to give the pickles one more try, telling myself that if it didn’t work, I’d be able to spare the world of foragers from repeating my mistake. I spiced the walnuts with foraged flavors including spicebush berries, wild ginger, and sassafras root. Well, ladies and gentlemen, the verdict is in. I opened the jar last night, tasted one, and threw the rest in the trash. Didn’t even pause to take a photo (silly me). Spare yourself the time and trouble and don’t waste your eastern black walnuts. It’s not worth it.

I realize this isn’t a scientific study, but I feel confident saying that eastern black walnuts do not make a good pickle. The texture is simply not good. They’re not difficult to bite through, so don’t go thinking I harvested my nuts too late in the season, when the shell had already started to form. It’s perfectly easy to slice through the pickle, but the texture of the slice is grainy and dry and meh. Go ahead and experiment for yourself, if you must. And if you do, please let me know how it works out. From here on out, I’ll be saving all my green black walnuts for nocino, which is an unqualified success!