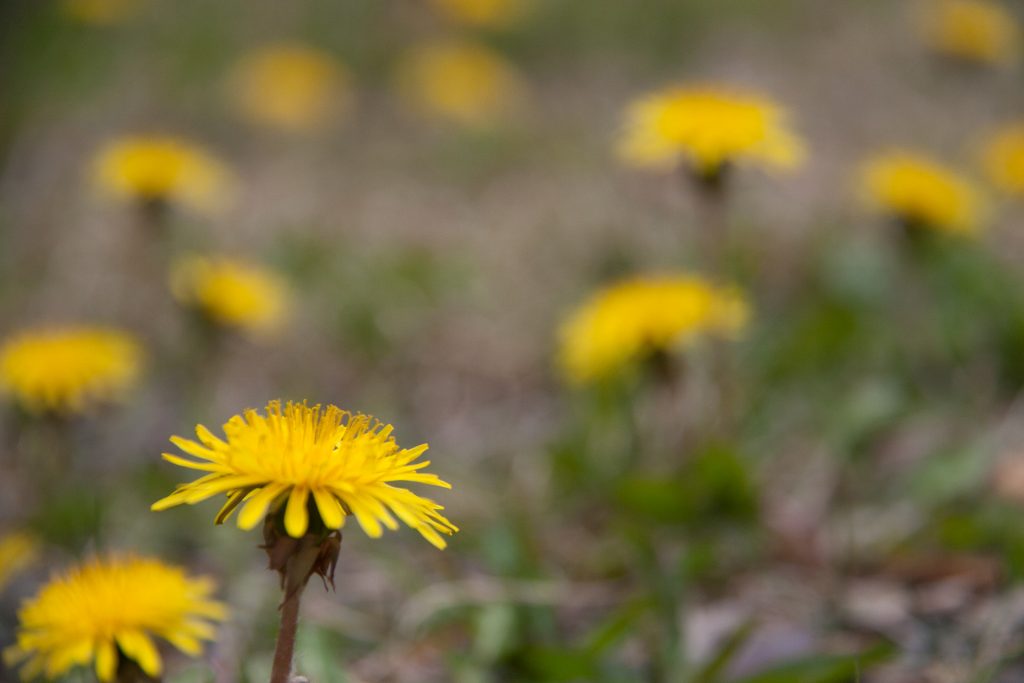 Dandelions elicit strong reactions from both lawn-lovers and gardeners. Strong, negative reactions. If you find yourself in this camp, here’s your chance to exact delicious revenge. The dandelion is a versatile and tasty weed with four different edible parts…that makes it an edible superstar in my book.

Colonists brought dandelion seeds from Europe to America as a valued food and medicinal plant. They knew how to make the most of the dandelion. Centuries later, we see it as a ubiquitous weed and have forgotten all about its culinary uses. Today, most conversations about dandelions revolve around eliminating them…as if that were possible!

Dandelions produce one yellow flower per stem, and their stems are straight, never branching. A single plant may put up more than one stem per plant, but dandelion stems never branch or bear more than one flower at a time. The dandelion look-alikes mentioned above have branching stems and often produce multiple flowers simultaneously.

So, how do you eat a dandelion?

1)  Dandelion leaves are a classic bitter green, packed with minerals and vitamins. Young dandelion leaves are slightly bitter, like chicory or endive. They can be eaten raw in salads, balanced with mild greens like miner’s lettuce or chickweed. Cool temperatures produce the tastiest, tenderest dandelion greens, so look for them in early spring or late fall. You can extend the dandelion season by cooking the greens. Blanch dandelion leaves for two to three minutes to remove some of the bitterness, then combine them with milder greens in egg dishes, stir fries, pitas, or simply serve them with some feta cheese and a squeeze of lemon.

2)  Harvest tightly closed dandelion flower buds when they’re still at ground level, tucked into the center of the leaves. The sepals that surround the flower bud can be bitter, so peel them off the bottom of the buds. Dandelion flower buds can be pickled, added raw to salads, or blanched for a minute or two, then served with butter, salt, and pepper.

3)  Dandelion petals can be baked into cookies and quick breads, used to make jelly, and (my favorite) fermented into dandelion wine. Harvest fully opened flowers, then remove the sepals by holding the base of the petals in one hand, the sepals in the other, and twisting your hands in opposite directions. The bright yellow petals also add a burst of color to foraged spring rolls.

4)  Harvest dandelions taproots in late fall or early spring, when they’re plump and full of nutrition. Young roots can be boiled and eaten as a vegetable (older roots may be woody and tough), but their taste is mild and not particularly interesting. Instead, try roasting your dandelion roots to make a flavorful, caffeine free beverage, similar to New Orleans style coffee. Or, if you prefer an alcoholic beverage, use dandelion roots to make homemade bitters.

Such a versatile, tasty plant deserves more than regular sprays of herbicide. Want to show your appreciation for the noble dandelion? The best way to pay tribute to this edible superstar is by eating it.