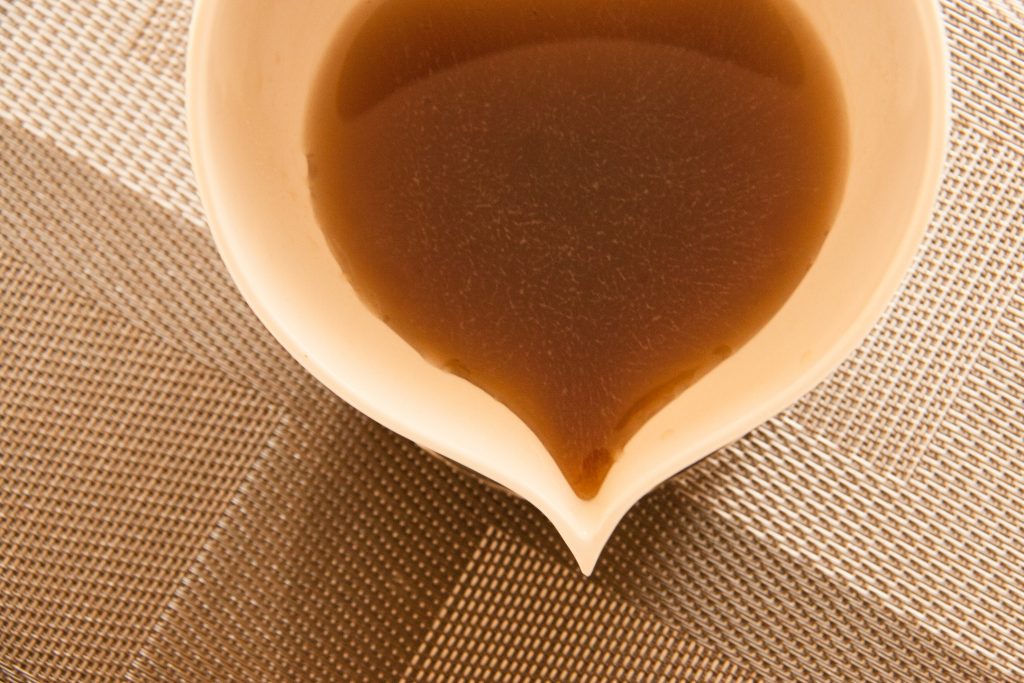 I’m fascinated with the idea of making tree syrups, but tapping multiple maples, and boiling vast quantities of sap for hours is a little daunting. Plus, I don’t live somewhere I can tap a lot of trees. So I was thrilled to learn I could make a quicker, easier syrup by boiling the bark of the shagbark hickory tree (Carya ovata). It’s easy to harvest bark without damaging the tree, and the syrup is light, sweet, and has a distinctive smoky flavor. You will not be surprised to learn it also makes an excellent cocktail ingredient.

The bark is the most distinctive feature of the shagbark hickory (hence its name). Large pieces of thick bark turn up at the ends, giving the tree trunk a shaggy look. To harvest bark for this recipe, break off pieces four to six inches long, from the loose, shaggy ends of the bark strips. Don’t peel off any bark that is firmly attached to the trunk of the tree. This may open up wounds that invite insect, fungal, or bacterial predation.

What You’ll Do to Make Shagbark Hickory Syrup

Rinse off the bark to get rid of any bugs and spider webs. It’s ok to scrub with a sponge or scouring pad, but don’t use soap. Discard any pieces with lichen growing on them. Lichen has its own taste, and it’s neither smoky nor sweet. (While many lichens are edible, they are highly acidic and require special preparation to make them palatable.)

Spread the bark pieces on a cookie sheet and roast them for 20-25 minutes. They should smell lightly smoky and spicy when you take them out of the oven.

Transfer the bark pieces to a large pot and add enough water to cover. Bring the water to a boil, then reduce the heat and simmer for 30 minutes.

Strain the liquid and throw away the bark, thanking it for its service. Measure the liquid and return it to the pot. Add an equal volume of sugar, and bring the mixture to a boil. Reduce the heat to a low boil/high simmer, and keep it on the heat, whisking regularly to avoid scorching.

Continue to cook the liquid until it’s reduced by 25-30%, then remove the liquid from the heat and let it cool.

Pour the syrup into bottles or canning jars. For long term storage, process canning jars in a boiling water bath for 10 minutes. Syrup will last in the refrigerator, unprocessed, for several months.

Shagbark hickory syrup can be used in place of maple syrup on pancakes or waffles. Use it to flavor sorbets or ice cream. It’s also tasty swirled into yogurt, in a glaze for chicken, pork, or salmon, or as a cocktail ingredient. Try mixing it with equal parts sumac infused rum for a special treat.