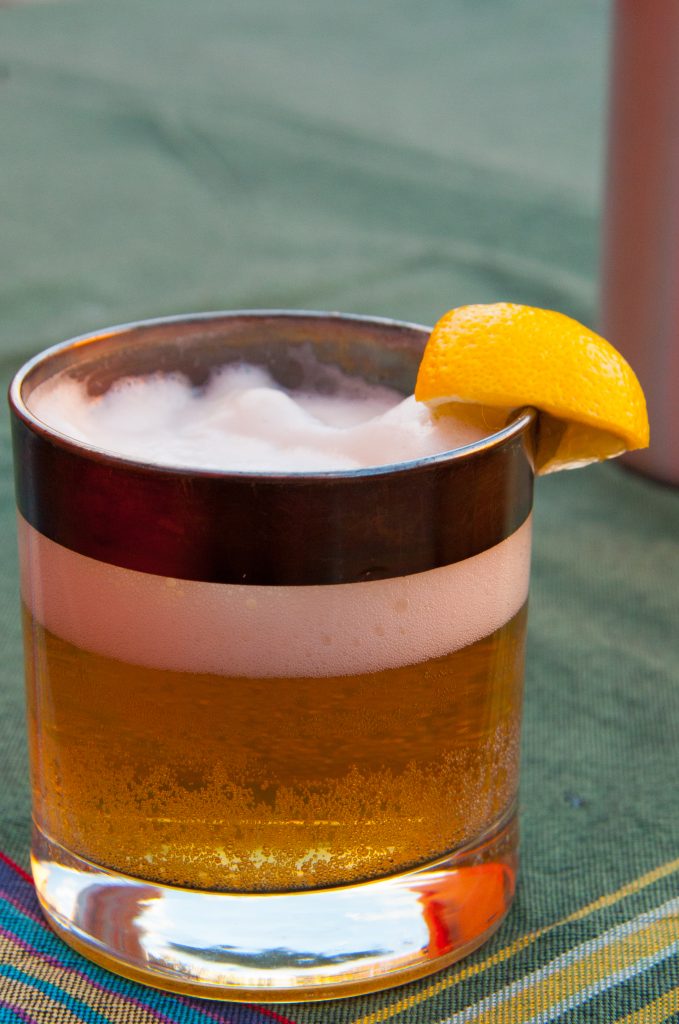 Many foragers appreciate stinging nettles as mild-flavored, nutritious, spring greens. We use them in pasta, stews, and soups. But not everyone realizes that stinging nettles can also make a tasty wild beverage. Stinging nettle cordial is a refreshing herbal drink that can be enjoyed on its own or in a flavorful adult beverage.

What, exactly, is a cordial? Well, that depends. In Britain, a cordial is a non-alcoholic beverage, often made from fruit. In the U.S. it can be used as a synonym for a liqueur, or to describe a lightly fermented, low alcohol beverage. Here I’m using it in the British sense; this nettle cordial is non-alcoholic. I will, however, be giving you a cocktail recipe (if you’re kind enough to read all the way to the end) that combines nettle cordial and rye whisky. I call it The Stinger in the Rye and it’s swell.

What You’ll Do to Make Nettle Cordial

When you’ve finished cooking your nettles, don’t throw away the cooking water. That liquid (aka pot liquor, aka potlikker) is highly nutritious. Many nutrients are soluble in water, so when you blanch or boil your nettles (or any other edible green), some of their nutrition is transferred from the leafy greens into the cooking liquid. That leftover liquid holds vitamin C, vitamin A, and minerals (including calcium, potassium, zinc, and iron), so why throw it away?

When I’m lucky enough to have a large nettle harvest, I blanch several batches of nettles in a single pot of water. I do this for multiple reasons:

1)  all the nettles won’t fit in the pot at the same time,

3)  the cooking water is already hot (so it speeds up the blanching process), and

4)  it yields an extra strong nettle tea, which makes a lovely cordial.

But don’t worry. Even if you’ve only used your water to blanch one batch of nettles, you can still use it for netttle cordial. After removing the blanched nettles from the hot water, strain the liquid through a jelly bag or a very fine mesh strainer to catch all the solid bits and pieces. The resulting liquid is nettle tea.

Next, combine the nettle tea, wild ginger rhizomes, and agave nectar in a large, non-reactive pot, and bring the mixture to a boil. Remove the pot from the heat, add the lemon slices, and cover the pot. Let the potion steep for 24 hours, then strain off the solids.

At this point, you can serve the cordial over ice, or run it through your soda siphon for a carbonated version. Do not, however, run it through your Sodastream. Not only will it void your warranty, but the sweetener in the nettle tea can clog the Sodastream and cause an impressive, explosive mess. (Don’t ask.)

The Stinger in the Rye

I’m a big fan of rye whisky. If you’re not, I encourage you to play around with bourbon, Irish whisky, or Scotch. I’m sure any of those would be very tasty with nettle cordial.

To make one cocktail, combine 2 ounces of nettle cordial with 2 ounces of rye whiskey in a cocktail shaker full of ice. Shake for 30 seconds, then strain into a coupe. Yes. It’s that simple. Because all the complex balancing of flavors (the sweet, sour, and spicy) has already been taken care of in making the cordial itself.

Whether you enjoy your nettle cordial on its own or as an adult beverage, it has a unique flavor you’ll look forward to when nettle season rolls around every Spring.

Previous Post: « Seven Spring Greens: Coming Soon to a Field or Forest Near You
Next Post: Stinging Nettle Malfatti Recipe »