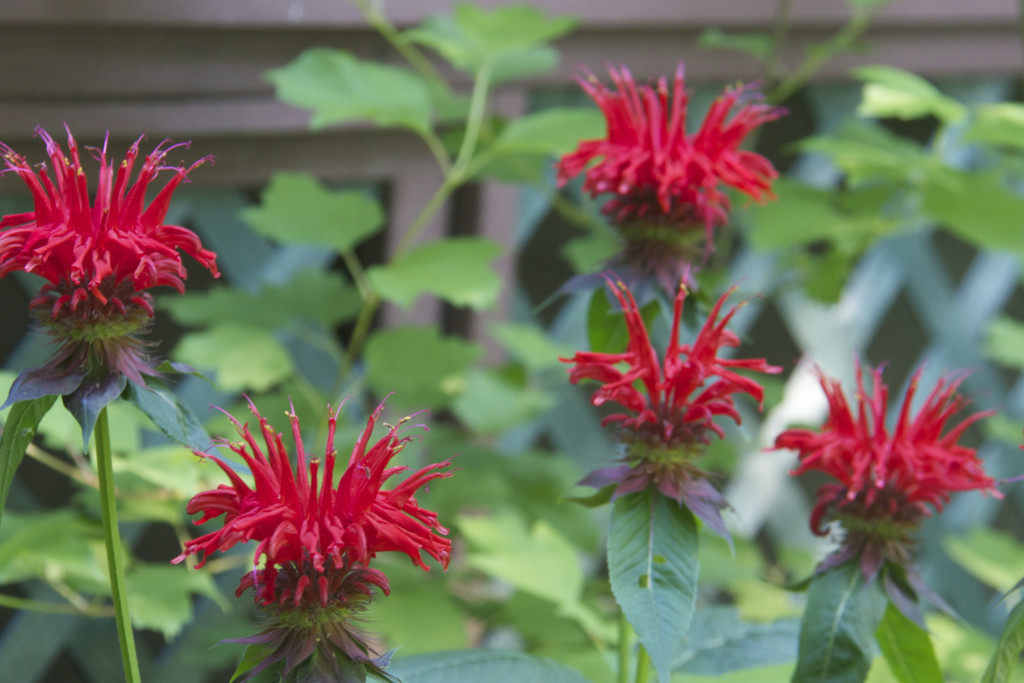 Both plants are members of the mint family and have a strong herbal flavor that closely resembles that of oregano. It’s a warm, spicy, versatile herb, but most people appreciate it only for its good looks, never realizing it’s edible.

Bee Balm in the Garden

Bee balm is often listed as a shade perennial, but it blooms more profusely with at least a half day of sun. In humid locations with low air circulation, powdery mildew can be problematic, infecting the foliage and making it inedible. In the garden, careful siting of the plant and thinning of interior stems reduces the likelihood of the disease. Both foliage and flowers are highly fragrant and useful as herbs, as long as they remain mildew-free. Don’t worry, it’s easy to see the mildew on the leaves so you’ll know when it’s safe to harvest. And even in locations with mildew, new foliage grows in clean, giving you a window of opportunity to harvest. For those of you planning to plant bee balm at home, new hybrids are being bred with better resistance to powdery mildew.

Bee Balm In the Kitchen

Pick bee balm flowers when they are newly opened. The individual tube-shaped petals can be sprinkled whole on a green salad, mixed into tuna, chicken, or potato salad, chopped and used as an herb, or steeped in vinegar where they impart both flavor and color. Red flowers make the most colorful vinegar, but all colors are equally tasty. Bee balm leaves can be used any way you’d use oregano and can be harvested any time during the growing season. The flavor of the leaves is slightly stronger than that of the flowers.

Both foliage and flowers are delicious fresh or dried. The flavor of the herb is concentrated by drying, so if you’re using fresh plant material, you’ll want three or four times the amount you’d use of the dried herb.

Use bee balm vinegar to create a pretty, herbal vinaigrette or add a unique flavor to pickle brine. Combine the dried herb with sumac to make your own, foraged za’atar. Once you’ve tasted bee balm you may never use oregano again.