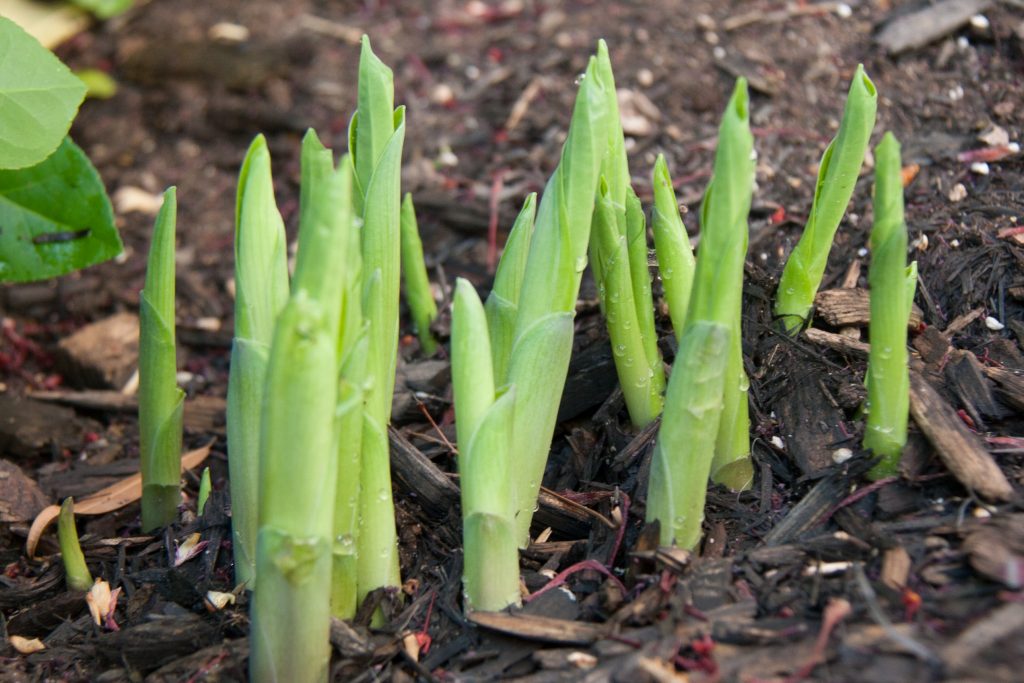 About the Hosta Plant

Hostas are one of the world’s most popular shade plants, but most American gardeners don’t realize the young hosta shoots are a tasty spring green. Hosta enthusiasts have been know to fill entire gardens with different species and cultivars: blue leaves, chartreuse leaves, green margins with a white center, white margins with a green center, plants that are 3 feet tall, plants that are 3 inches tall…you get the picture.

The flavor varies among species and cultivars, but all are safe to eat. You’ll have to experiment and see which you like best. The flowers are edible, too. Toss them in salads, or use them as garnish; the blooms of H. plantaginea are especially fine.

In Japan, young hosta shoots are served as a vegetable dish called urui. Petioles (leaf stems) of Hosta sieboldii are skinned and parboiled, then chopped and served over rice. In northern Japan, H. montana has become a commercial crop. Plants are grown in greenhouses and kept covered to blanch/tenderize the foliage, in the same way that white asparagus is grown.

How to Harvest Hostas

You don’t have to sacrifice the beauty of your hosta plant in order to cook with it. To preserve the integrity of the plant, harvest single stems from the perimeter of the plant, working your way around the circumference of the hosta. As the inner leaves unfurl, they’ll cover up the spots where you harvested and the plant will look untouched. Or, if you’re dividing your hostas in spring, set part of the plant aside to serve for dinner. You might even move a division to your vegetable garden.

How to Eat Hostas

Snails don’t discriminate between tender young leaves, and fibrous, mature foliage, but humans should. In a pinch, older leaves can be boiled for 15-20 minutes, then chopped and sautéed like other greens. They’re mild greens in soups or baked into quiches or frittatas.

But to enjoy the most tender, tastiest hosta shoots, pick the young stems before the leaves unfurl. These are hosta shoots in their prime. Shoots may be chopped, stir fried, and served over pasta or rice. Slightly older, but still tender shoots, with the leaves just starting to unfurl, can be briefly blanched, then sautéed and served as a vegetable with or without sauce. (Soy and miso are especially good complements to hosta shoots.) The taste is light, mild, and fresh, somewhere between lettuce and young spinach. Stems maintain a pleasant crunch while the leaves become soft and creamy.

My favorite way to enjoy young hosta shoots is to roast them. Toss the tightly furled hosta shoots with olive oil, salt and pepper, then roast them in the oven at 450 degrees F for 5 to 10 minutes, depending on the thickness of the shoots. They’re done when you can easily pierce them with a fork. Sprinkle the roasted shoots with Parmesan cheese and broil just long enough to melt the cheese. Or, wrap them in prosciutto and serve them on a bed of garlic mustard pesto. This is what spring tastes like.