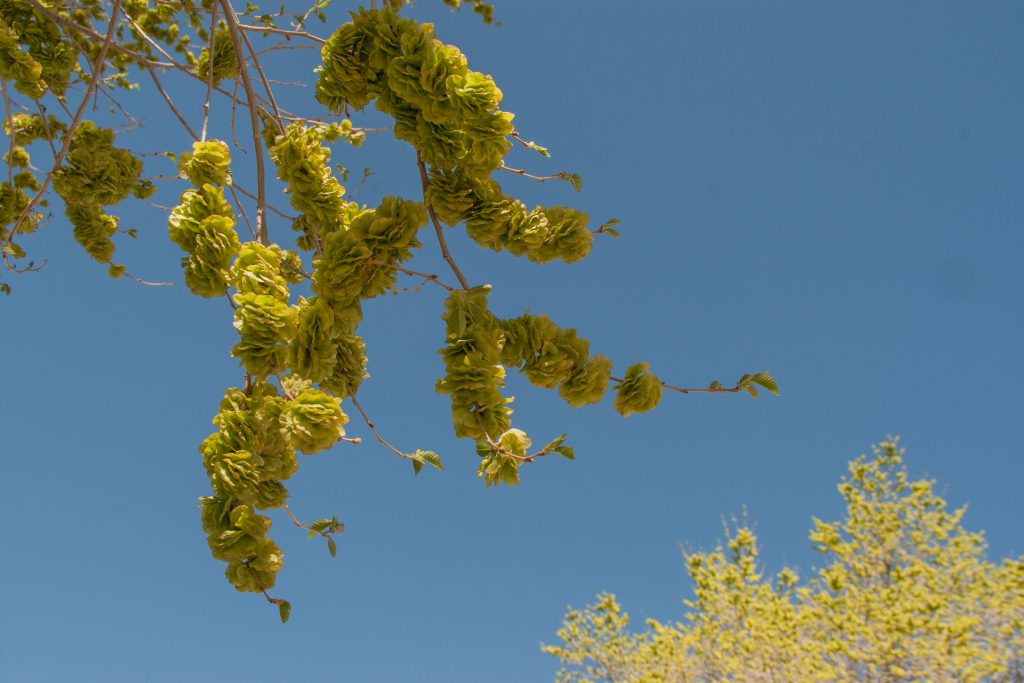 The Siberian elm (aka Ulmus pumila) is among the toughest of trees. Native to Siberia, Mongolia, northern Kashmir, and the Gobi Desert (among other rugged locations), it was selected by the USDA to create shelter belts on the North American prairies after the disaster that was the dustbowl. Its tolerance for cold and drought and its rapid growth habit made it the perfect candidate for erosion control and soil retention.

Oops! The same characteristics that make Siberian elm a great option for anchoring dry, dusty soil also make it highly invasive in certain growing conditions. This tree has spread across most of the United States (except, in general, the Southeast) and while it is still planted for shade and windbreaks in some locations, most of its spread has been unplanned.

Siberian elm requires lots of sunlight, so you won’t find it in a shady wooded spot. Look for it in open fields and sunny waste spaces, along railroad tracks, and on the edges of parking lots and playgrounds. In urban locations it forces its way up through pavement cracks and re-sprouts from the cut trunk, no matter how often you cut it back. Young Siberian elms often start out as multi-stemmed trees, and when these are cut back repeatedly (in an overly-optimistic attempt to get rid of the tree…ha!) they maintain this shrubby, juvenile growth habit for years.

Siberian elm is a short-lived tree (as trees go), but since it grows so quickly, it can reach a mature height of 70 feet. Its bark is rough, furrowed, and chunky. Leaves are deep green on top, with paler undersides. They are elliptical in shape, about 1 – 2 ½ inches long, with toothed leaf margins, and arranged alternately on branches. As with most elms, the leaf base is uneven, and this is a good i.d. characteristic to remember.

The seeds of the Siberian elm are called samaras. Each mature Siberian elm produces thousands of samaras, which emerge before the leaves, giving the branches a frilly appearance. The samara consists of a seed surrounded by a papery, round covering about a half inch in diameter. Samaras emerge pale green and ripen to dry brown.

While some foragers consider the young leaves of Siberian elm to be edible, I don’t think they’re worth it. The texture is fine (when foliage has just unfurled and is very tender) but there isn’t much flavor to speak of, so why bother, unless you’re in need of bulk greens.

The samaras of the Siberia elm are where it’s at! The season is short and this isn’t a wild food that is easy to preserve, so I suggest you enjoy them while they’re fresh. The flavor is light, green, almost sweet, and nutty; the texture is an interesting combination of delicate papery covering and dense, nutty center.

Siberian elm samaras are tasty raw and make an interesting trail nibble, but my favorite way to use them is in rice and pasta dishes, or with eggs in a scramble or quiche. Samaras don’t require long cooking, so toss them into your pasta or rice or eggs a few minutes before you finish cooking. Harvest fresh samaras when they are pale green and tender. If the papery casing has turned brown, it’s no longer delicious.

I’ve heard foragers talk about drying the samaras, winnowing the seeds from their papery casings, and eating the mature seeds raw, or using dried seeds as a lentil substitute. I have yet to try this. I want to. I really do. But it sounds like a LOT of work. Maybe next year.

For now, I’ll keep adding the samaras to my eggs in the morning and wild rice at night, for as long as the trees will let me.